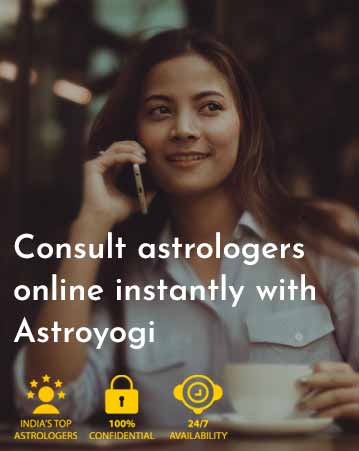 The astrologer is about to connect with you. Are you sure you want to cancel?

Please end the chat session before closing this window.

In the Rider Waite tarot deck, the Five of Swords card depicts a young man with a Machiavellian expression, having conquered his enemies. He is collecting the swords he managed to take from his enemies, three in his hand and two lying on the ground. There are two more figures in the picture, walking away from the man, their heads hung low, with a sense of loss or sadness. In the background, the sky looks cloudy and tumultuous, which may suggest that despite having won, everything does not seem okay and maybe the battle isn’t over.

The card somewhat depicts ambition, but not in a positive way. It goes to say that sometimes, too much ambition can cloud one’s judgement, especially if there is no regard for the consequences of one’s actions or how others might get affected by that action.

The Five of Swords card is reminding you to be considerate of those around you, and not let ego cloud your decisions and judgment.

In a Career Tarot spread, the card may indicate conflict and tensions at work, so it is safe to assume that you will experience stress. To avoid unnecessary arguments, make sure to communicate clearly and openly. If there is a lack of communication or even miscommunication, it may create tension among colleagues.

In some extreme cases, the card can also suggest bullying or harassment, and you may even find yourself gearing up to fight back. However, staying calm and rational is the best approach. Make sure that whatever you decide will benefit you, without harming your career in the long run.

Do not become overly critical of yourself or engage in self-sabotage, and stay objective about the problem.

When it comes to your finances, be careful who you trust with your money. Do not engage in any illegal manner of obtaining money, and be careful with your investments. Even if you have recently faced some financial loss, do not feel defeated. Assess your financial situation, and reduce unnecessary expenses, if need be.

For those of you in a relationship, this card may indicate arguments, conflicts, and miscommunication between you and your partner. This Minor Arcana card depicts deception, so there may be a case of infidelity or cheating in the relationship. It might even suggest divorce or separation as it represents one walking away from a situation.

However, it is not naturally assumed that this is the scenario. Before you jump to conclusions and blame your partner, make sure this interpretation fits your relationship. The important part to remember is that if you love each other, put an equal amount of effort into compromise. Being right or winning the argument is not as important as maintaining the peace in the relationship.

If you are single, the card cautions you to be careful when meeting new people and going out on dates. Don’t be hasty about entering a relationship before you get to know the person, as there could be conflicts later on.

In a Health Tarot reading, the Five of Swords could indicate lethargy and feeling tired. You may have been under stress or recovering from an illness, and that has left you drained and fatigued. But don’t be in a hurry to get better, it will take time. Continue your healthy behaviours to reach your goal.

Even if you are struggling to cope with the stress and anxiety, do not resort to drugs or alcohol as in the long run it will only make your health worse.

As a Yes/No card- No

When the Five of Swords appears reversed in a reading, it can indicate that your current situation may not be moving in your favour. People around you are being dishonest and intimidating. They may enjoy bullying you and it is making you feel degraded and embarrassed.

It is time you stop playing the game of feeling victimised. Putting the blame on others will not sort out the situation for you. In fact, it may just make matters worse as your self-esteem lowers due to feelings of failure or humiliation.

When reversed, the Five of Swords meaning urges you to take accountability for your own actions. Explore your positive traits and those areas in your life that build you up. Stop focusing on what breaks you down. Let the past be bygones and stop being fixated about the raw deal you had been subjected to.

When the Five of Swords comes reversed in a career spread, it can point to a business deal that may have fallen through. But you should focus on the silver lining in the clouds as in the process you gained important contacts and learnt valuable skills.

The card is also a reminder for you to not involve yourself in conflicts between others. Focus on your own work or you may be putting your own career and reputation at stake.

On a positive connotation, the card suggests the end of gossip and competition between the colleagues. You can now lay down your swords as the battle is over and order is restored once again.

In a financial spread, this card reversed indicates that any disagreement about money will begin to dilute now. Those who were taking advantage of your finances will now stop doing so.

On the downside, the dispute about money could get uglier. You need to try and sort out the problems associated with your finances, one by one.

In a love reading, the reversed card may indicate that you have been in a conflict with your spouse for silly reasons and both of you are refusing to listen to the other.

Sometimes the card also implies that you are refusing to let an old wound heal. The ghosts of your past are not allowing you to embrace a new relationship. You keep fearing that the past may be repeated and so are reluctant to make a commitment to anyone. It’s ok to wait and give yourself some time but in order to move forward, you must learn to forgive and be more understanding.

On a more positive note, the reversed card can indicate that you are now compromising and overcoming challenges by being more communicative with your loved one. But it is important to maintain this as old habits die hard and you may be back on the battleground with her/him.

When the Five of Swords comes reversed in a health reading for you, you may psychologically be fighting your battles from within. Your inner conflict and the tremendous stress that you are in, may not allow your actions and values to be in harmony with each other.

On the positive side, you will find a way to improve your health by making certain sacrifices.

The Suit of Wands

The Suit of Cups

The Suit of Pentacles

The Suit of Swords

Importance of Mercury in Astrology

Handling Love and Relationships based on your Zodiac sign

Ways to achieve Wealth and Property